As well as history, mythology is very useful to know the culture and the behaviors of entire peoples. Although we know that the latter has no scientific impact, it is part of the collective imagination of many communities, even today. Due to its importance, we want to offer you free books of mythology, you who are passionate about knowing the fruitful imagination of ancient civilizations.

Belief systems are relevant to people’s identity and mythology is precisely what brings together all the oral accounts that in the classical era were part of their beliefs. The importance of studying mythology lies in the fact that it answers questions that are certainly essential for humanity. Even today, many people feel that science has not yet been able to satisfactorily answer the same questions.

In any case, regardless of what the mythological explanation of the origin of the world implies today, the grouping of the myths of civilizations continues to be the object of study. The reason why we have made this compendium of books about mythology in PDF format is so that you can do your own research; this being, we are sure, the most complete on the Internet. Among the works it contains are: Norse Mythology, Greek Mythology, Roman Mythology, Aztec Mythology, Egyptian Mythology, Japanese Mythology, Mayan Mythology, Mythology for Children, among many others.

How does knowing the mythology help us? Today’s globalized society has wanted to detach itself by force from everything that does not fall within a formal scientific explanation. This seems to us to be a serious error, since not everything that constitutes a human is verifiable. We are complex beings, living in a complex world. To understand ourselves, we need to turn to various sources of information, and mythology is one of them.

The great mythology researcher and novelist Mircea Eliade said: “It is not possible to understand human destiny and the specific way of being of man in the universe without knowing the archaic phases of religious experience”. There he touches on an important point and that is man’s relationship with the sacred, and how in it he also seeks his identity. Beyond what logic indicates, myths are truly interesting sources of data for understanding human nature.

Our list of books about mythology will allow you not only to study in depth the mythology of a specific civilization, but also the possibility to engage in comparative studies. Whether they are academic or not is important, the important thing is that you will be turning to a reliable source. You will realize the points of coincidence in the stories, as well as their disagreements.

On the other hand, the fiction literature that has become so popular, even that which has been made into films, is nourished by the different mythologies of the world. If you are interested in this particular subject, our collection of mythology books in PDF format will be very useful to continue enjoying your favorite stories. No doubt, like you, we think it is an exciting topic. To locate chronologically what is known by Egyptian mythology, one understands by it the study of beliefs that are supported by the religion of the Ancient Egypt, that is, from the pre-dynastic era until the imposition of Christianity.

Because of its characteristics, the Egyptian mythology developed, influenced and endured for more than three thousand years, with certain variations as time went by.

There is no doubt that this mythology has everything but a lack of fascinating stories and amazing related facts, such as beliefs about death and the soul. From the physiognomy of the gods, with half human and half animal bodies, to the mummies, the pyramids, their forms of expression, everything is really worth studying. Legends about Greek Mythology were preserved in Homeric hymns, in epic poetry, in lyric poems and in diverse works of the authors of the fifth century b.C. There are also stories in texts of poets and researchers of the period known as Hellenistic, and in texts of authors like Plutarch and Pausanias of the Roman Empire.

Archaeological research has thrown up great and important details about Greek mythology, revealing decorations with representations of their gods and heroes on diverse objects.

Without a doubt the myths and legends of Ancient Greece have had a great influence on the culture, literature and art of the Western world, becoming the inspiration for many works. Japanese mythology, although complex and a little difficult to understand for the Western world, is not very different from other mythologies. As in others, its myths tell stories related to creation, destruction, death, rebirth, love and revenge. Also, it is full of descriptions of nature, creatures, animals, dead people and ghosts.

Taking into account that the importation of writing to Japan by the Chinese culture was somewhat late, it is quite difficult to locate it with full chronological accuracy, however it is possible to say that it was during the Yayoi period that the tribal polytheistic religion arrived and with it the opening of this series of convictions.

If you want to know more about this fascinating world, we invite you to visit our list of books on Japanese Mythology in PDF. Mexican mythology, like its population, reflects a mixture of indigenous and Spanish influences. Most people in modern Mexico have their ancestors in the Native Americans, in the Spaniards who controlled Mexico for three centuries, or in both.

The mythology of Mexico is a product of syncretism, a process in which two belief systems merge to form one that is different from either of the original systems or in which a new belief system overlays an older one that has not disappeared.

The Aztec myths and everything that represents their culture, survived with dignity, after the colonizing process. However, within the vast mythology of Mexico, there is some Christian influence. Explore it with our selection of books on Mexican mythology, with free access and immediate download. The central axis of the Norse Mythology, also called Germanic mythology, was the set of stories of religious nature that gave meaning to the life of the Vikings. Among the gods best known for their stories, we can mention Odin, Freyja, Thor and Loki.

The source of information of all that is known about this mythology, is constituted mainly, the Eddas. 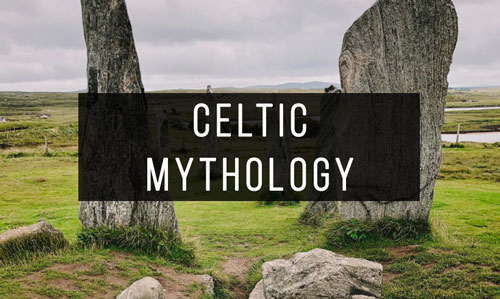 Culture and religion are merged to give rise to the so-called Celtic mythology, a series of stories that are responsible for identifying a group of people who in addition to generally occupying European territory, the Pyrenees and British Isles shared the Celtic language and a socio-cultural structure quite similar.

Among the Celtic people there were some tribes in close contact with Rome, like the Gauls and Celtiberians. This mythology did not survive the Roman Empire, due to their subsequent conversion to Christianity and the loss of their original languages. Although ironically it was through Roman and Christian sources, contemporary, that we know details about their beliefs.

Discover the description of the beautiful Celtic landscapes and the magical stories of the ancient peoples of Ireland and Great Britain with our compilation of books on Celtic Mythology in PDF format. The ancient Romans had a rich mythology and, although much of it was derived from their neighbors and predecessors, the Greeks, the rich history of the Roman people was taking power as it eventually became an empire.

Entering into the beliefs of Roman mythology is a truly captivating work because it is the set of the most deeply rooted convictions of ancient Rome, but it is important to note that this cultural contribution is almost that divided into two main parts, first we have the rituals and myths truly authentic to Rome and on the other hand is the so-called merger with Greek mythology.

This is a mandatory subject, for anyone who wishes to expand their cultural background and learn about the origin of many Western beliefs and customs. Legends have had an interesting evolution through time and continue more alive than ever in the hearts of many peoples and cultures in the world. In addition, along with myth and other oral traditions, the legend builds the identity of entire communities that find in it the answer to many human concerns and questions.

The importance of legends lies in the fact that by studying them, ways of being, thinking and doing of certain cultures can be understood. They make up part of the historical heritage of humanity.

Legends are also oral traditions that leave an invaluable legacy to explain the inexplicable. Many questions are answered by these narratives, which exalt and idealize reality to show facts in an artistic, educational and, at times, instructive way.

+15 Books about Legends in PDF format

So, here ends our selection of free books about Mythology. We hope you liked it and that you already have your next book!